Highlights from the book:

As the stimuli saturating our lives continue to grow more intricate and variable, we will have to depend increasingly on our shortcuts to handle them all.

And even when it is not initially successful, she can mark the article “Reduced from __” and sell it at its original price while still taking advantage of the “expensive=good” reaction to the inflated figure.

Simply put, if the second item is fairly different form the first, we will tend to see it as more different than it actually is. So if we lift a light object first and then lift a heavy object, we will estimate the second object to be heavier than if we had lifted it without first trying the light one.

Automobile dealers use the contrast principle by waiting until the price for a new car has been negotiated before suggesting one option after another that might be added. In the wake of a fifteen-thousand dollar deal, the hundred or so dollar required for a nicety like FM radio seems almost trivial in comparison.

The rule says that we should try to repay, in kind, what another person has provided for us.

Because there is general distaste for those who take and make no effort to give in return, we will often go to great lengths to avoid being considered one of their number.

Close examination by political scientists has found the cause to be not so much Johnson’s political savvy as the large score of favours he had been able to provide to other legislators during his many years of power in the House and Senate. As President, he was able to produce a truly remarkable amount of legislation in a short time by calling in those favours.

Most of us find it highly disagreeable to be in a state of obligation. It weighs heavily on us and demands to be removed.

The technique is a simple one that we can call the rejection-then-retreat technique. Suppose you want me to agree to a certain request. One way to increase your chances would be first to make a larger request of me, one that I will most likely turn down. Then, after I have refused, you would make the smaller request that you were really interested in all along. Provided that you have structured your requests skilfully, I should view your second request as a concession to me and should feel inclined to respond with a concession of my own, the only one I would have immediately open to me – compliance with your second request.

But if the first request is deemed so extreme as to be seen as unreasonable, the technique backfires.

Many individuals who would not otherwise subject their friends to a high-pressure sales presentation do agree to supply referrals when the request is presented as a concession from a purchase request they have just refused.

But what we have not yet examined is a little-known pair of positive by-products of the act of concession: feelings of greater responsibility for, and satisfaction with, the arrangement.

Once we have made a choice or taken a stand, we will encounter personal and interpersonal pressures to behave consistently with that commitment. Those pressures will cause us to respond in ways that justify our earlier decision.

Indeed, we all fool ourselves from time to time in order to keep our thoughts and beliefs consistent with what we have already done or decided.

The drive to be (and look) consistent constitutes a highly potent weapon of social influence often causing us to act in ways that are clearly contrary to our own best interests.

If I can get you to make a commitment (that is, to take a stand, to go on record), I will have set the stage for your automatic and ill-considered consistency with that earlier commitment.

Once he has agreed to a request, his attitude may change, he may become, in his own eyes, the kind of person who does this sort of thing, who agrees to requests made by strangers.

Our best evidence of what people truly feel and believe comes less from their words than from their deeds. Observers trying to decide what a man is like look closely at his actions. What the Chinese have discovered is that the man himself uses the same evidence to decide what he is like.

And because others see us as believing what we have written (even when we’ve had little choice in the matter), we will once again experience a pull to bring self-image into line with the written statement.

One reason that written testaments are effective in bringing about genuine personal change is that they can so easily be made public.

Whenever one takes a stand that is visible to others, there arises a drive to maintain that stand in order to look like a consistent person.

Yet another reason that written commitments are so effective is that they require more work than verbal ones. And the evidence is clear that the more effort that goes into a commitment, the greater is its ability to influence the attitudes of the person who made it.

The severity of an initiation ceremony significantly heightens the newcomers commitment to the group.

A man who suffered through an arduous hazing could not be given the chance to believe he did so for charitable purposes.

Social scientists have determined that we accept inner resistibility for a behaviour when we think we have chosen to perform it in the absence of strong outside pressures.

Thus, the less detectable outside pressure such a reason contains, the better. Selecting just the right reason is not an easy task for parents. But the effort should pay off. It is likely to mean the difference between short-lived compliance and long-term commitment.

Often these justifications provide so many strong legs for the decision to stand on that when the dealer pulls away only one leg, the original one, there is no collapse.

It states that one means we use to determine what is correct is to find out what other people think is correct.

“Since 95% of the people are imitators and only 5% initiators, people are persuaded more by the actions of others than by any proof we can offer.”

The group’s assignment was clear, since the physical evidence could not be changed, the social evidence had to be. Convince and ye shall be convinced.

In general, when we are unsure of ourselves, when the situation is unclear or ambiguous, when uncertainty reigns, we are most likely to look to and accept the actions of others as correct.

We will use the actions of others to decide on the proper behaviour for ourselves, especially after we view those others as similar to ourselves.

Thus the most influential leaders are those who know how to arrange group conditions to allow the principle of social proof to work maximally in their favour.

A halo effect occurs when one positive characteristic of a person dominates the way that person is viewed by others. And the evidence is now clear that physical attractiveness is often such a characteristic.

This fact seems to hold true whether the similarity is in the area of opinions, personality traits, background, or lifestyle. Consequently, those who wish to be liked in order to increase our compliance can accomplish that purpose by appearing similar to us in any of a wide variety of ways.

Although there are limits to our gullibility – especially when we can be sure the flatterer is trying to manipulate us – we tend, as a rule, to believe praise and to like those who provide it, oftentimes when it is clearly false.

The advantages to this pairing of the affairs of the table with those of state are several: For example, time is saved and the reciprocity rule is engaged.

Using what he termed the ‘luncheon technique’ he found that his subjects became fonder of the people and things they experienced while they were eating.

The relationship between sport and the earnest fan is anything but game like. It is serious, intense, and highly personal.

As distinguished author Isaac Asimov put it in describing our reactions to the contests we view, “All things being equal, you root for your own sex, your own culture, your own locality…and what you want to prove is that you are better than the other person. Whomever you root for represents you; and when he wins, you win.”

All this tells me that we purposefully manipulate the visibility of our connections with winners and losers in order to make ourselves look good to anyone who could view those connections.

“It is the extreme willingness of adults to go to almost any lengths on the command of an authority that constitutes the chief finding of the study.”

Titles are simultaneously the most difficult and the easiest symbols of authority to acquire. To earn one normally takes years of work and achievement. Yet it is possible for somebody who has put in nonce of this effort to adopt the mere label and receive a kind of automatic deference.

A second kind of authority symbol that can trigger our mechanical compliance is clothing. Though more tangible than a title, the cloak of authority is every bit as fakable.

When our freedom to have something is limited, the item becomes less available, and we experience and increased desire for it.

Almost invariably, our response to the banning of information is a greater desire to receive that information and a more favourable attitude toward it than before the ban.

The blitz of modern daily life demands that we have faithful shortcuts, sound rules of thumb to handle it all. These are not luxuries any longer, they are out-and-out necessities that figure to become increasingly vital as the pulse of daily life quickens. That is why we should want to retaliate whenever we see someone betraying one of our rules of thumb for profit. 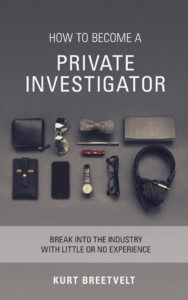